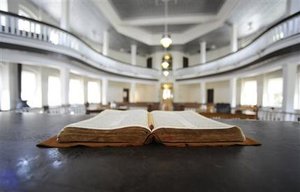 From the beginning, court employees had their eye on Juror Number 3.

And maybe they were right. After two and a half days of deliberating there would be no verdict on the case of Akbar Johns, who was on trial last week for second-degree murder. The only decision to be made would be the one to charge Juror Number 3, Carlos Delgado, for criminal contempt.

The problem had been building throughout the week. On Tuesday, slouched in his chair, Delgado seemed to be growing impatient with the judge. At one point, as the judge was talking, he looked up to the courtroom ceiling mouthing, “Oh my F*cking God.”

“Mr. Delgado can you sit up please?” Judge Alexander Jeong asked him at one point, after he had been reviewing the instructions on the law to the jury for about 45 minutes.

Delgado was one among eleven jurors and four alternates in the case of Akbar Johns vs. The People. Johns, 20, was being charged with second-degree murder for a shooting on Aug. 24, 2012, when he had been 17. Ronald Wallace, 13, was the victim. He was killed on the corner of Blake and Tapscott street in Brownsville.

District Attorney Seth Goldman had built what seemed like a strong case against Johns with evidence from witnesses and phone recordings—all of which he included in his 15-minute PowerPoint presentation during his closing argument.

The case against Johns wasn’t a matter of guilty or not guilty. He had already admitted to being the shooter, but had claimed he did not intend to murder anyone. It was now up to the jury to decide whether or not the DA had proved beyond a reasonable doubt that at the time Johns’ had fired the weapon he had the intent to kill someone. If this could not be proven, the jury could not convict Johns of second-degree murder. Instead the charge would be manslaughter, which would result in a lesser sentence. Manslaughter could bring 25 years; second-degree murder could bring a range of sentences with a very high end—15 years to life.

Late last Tuesday afternoon, following his instructions to the jury about the law, Judge Jeong sent the jury on its first day of deliberation, but jurors were unable to reach a decision in the short time left in the day. Wednesday morning came and families of the victim and defendant filled the wooden benches on their respective sides. Courtroom officials were conversing and waiting patiently for the verdict, which they expected to come before lunch. Each time a court officer came with word from the jury the room got quiet. To everyone’s disappointment, there were only requests to review evidence. “I wonder who’s running the show back there,” said Assistant District Attorney Victoria Hill. The lawyers chatted back and forth about their opinions on random jurors.

Juror Number 3 was a major topic among the courtroom officials—including prosecutors, the defense attorney, and the judge —for his apparent disinterest in the case. One from the group told the judge about the silent words Delgado had mouthed toward him: “Shut the f*ck up.” The judge laughed, linking Delgado’s behavior to the previous day when the judge had loudly told him to to sit up in his chair.

Later, when the jury requested to hear testimony again, members filed into the left hand side of the court. They each tilted their chairs and or bodies to the right to face the court reporter sitting on the judge’s left. All did so with the exception of Delgado.

Two detectives—one Black, one Latino, both dressed casually—sat in front on the right hand side behind the defendant. They had been in attendance since the first day of deliberations due to alleged threats made by the defendant the previous week to one of the witnesses, who was also a member of the victim’s family.

Halfway into the court reporter’s reading, Detective Juan Vallejo moved to the left side of the courtroom staring straight ahead at the jury.

When the reading was over, Judge Jeong sent the jury back out to deliberate.

Shortly after that, something happened, and the courtroom was suddenly in commotion. The DA and the detectives were walking in and out at a rapid speed. Heels clicked the marble floor. The DA asked the judge if he could approach the bench. After some discussion, the judge allowed the detective to speak aloud.

Detective Vallejo stood in the center of the court just where the rope separated the counselors and the audience, and described how he had seen Juror Number 3 and the defendant communicating during the re-reading of the testimonies. He said Delgado used his thumb to wipe below his right eye and then his left. He said the defendant responded immediately, wiping his left eye with his left hand. The detective said he wasn’t sure of what it meant but there was clear communication.

The defendant denied making contact with Juror Number 3. His lawyer argued that his client had been holding his face the entire time. The juror, Delgado, was then called in and the judge asked him if he knew any of the parties present. “I don’t know nobody,” said Delgado. The judge sent him out and shortly after that, sent the jury home for the day.

Thursday morning was busy at the court on Jay Street. A new attorney sat in the front row where the two detectives had sat the previous day.

“You have a new client,” the judge told him.

“Who?” the lawyer replied, as he took documents from an official.

“In your hand,” replied the court sergeant, pointing to the documents.

The lawyer’s client turned out to be Juror Number 3.

Here’s why: The DA and the detectives had found Delgado’s Facebook page, with pictures of him apparently throwing up gang signs. The signs looked like the letter C—a well-known sign among members of the Crips. As the DA explained, defendant Akbar Johns was a known Crip and although Juror Number 3 and the defendant may not have known each other, gang rules were to never “snitch.” DA Goldman also referenced Delgado’s tattoo, which read “CMB,” which the DA said stands for Cash Money Brothers. He said he hadn’t noticed the tattoo until the day before when Delgado was wearing short sleeves. Not only did he have Facebook pictures and a gang tattoo, the DA said, but Delgado also had a rap sheet. Turns out Delgado had two prior arrests, including one last year.

Then the defendant was allowed to comment. He explained that based on Delgado’s gang signals in the Facebook pictures the juror was not a Crip. Instead he belonged to a gang called YG, which was neutral between the Crips and Bloods. But the DA replied that regardless of the affiliation, Delgado was a part of a gang and had failed to tell the truth when asked about whether or not he had a rap sheet.

The judge called Delgado in and he stood behind the seat Johns had occupied during the trial, his arms crossed behind his back. The judge informed Delgado that based on his failure to respond correctly under oath, he now had charges filed against him for criminal contempt. Delgado looked straight ahead. The judge set his court date for Nov. 5.  Juror Number 3 was relieved of his duties and handed a sheet of paper. He turned and walked out the courtroom with no expression on his face.

Multiple conversations erupted in the courtroom as Johns was brought back in. His attorney asked the court that he be allowed contact with his mother, who sat in the second row behind him. Request granted. Mother and son whispered across a short wall.

Meanwhile, because Juror Number 3 was accused of lying under oath the judge had declared a mistrial. The prosecution had offered Johns a deal to take a 25-year sentence for manslaughter. After speaking with his mother he declined. He also declined the option to have an alternate juror come in to take the place of Delgado.

After the judge set Johns’ next court date for November—when he would get a new trial date—Johns’ attorney announced that he would no longer be on the case. The prosecution team stormed out to the waiting area, where Wallace’s family sat waiting for news. Then everyone filed out the courtroom silently. Some held their heads high, perhaps with a sense of hope, others with their heads down. maybe for the lack of justice.